The Science of Selling 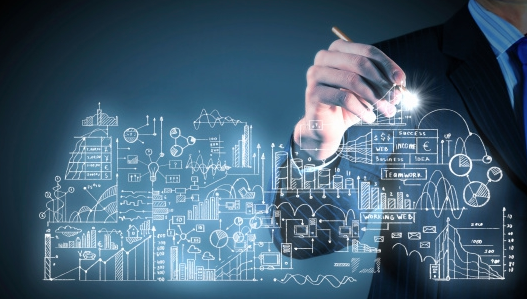 Math and science are used today to help us understand the world we live in. If we grasp the science behind something like gravity, for example, it can be used to predict how gravity will respond. The year was 1960 in the wake of Sputnik when President John F. Kennedy announced to the world that the US would put a man on the moon before the end of the decade. That was a bold statement since that task was well beyond the capabilities of NASA at the time. However, in October of 1969, just three months before the end of the decade, Apollo 11 delivered Neil Armstrong into space and he set foot on the moon.

How did NASA, never having completed this task before, have success without disaster? How did they know how to do it? SCIENCE! By understanding the science and testing everything on Earth according to the rules of science, NASA was able to predict how things would work on the way to the moon and the result is Apollo 11 and Neil Armstrong! We can leverage that same science when it comes to selling and if understood, can use it to predict the outcomes of sales calls!

People are made up of three parts: the physical body, the mind and emotions, and the spirit. While it is difficult to apply the rules of science to the spiritual side of people, much is already known scientifically about the body and mind of people. To a great extent, we are biological machines bound by physical and psychological rules understood by science. Perhaps part of being a professional salesperson is to understand this science so it can be leveraged for greater productivity in the sales call.

Most prospects have a negative perception about salespeople. “They are pushy, arrogant, self-seeking, annoying . . .” are just some of the adjectives given. I know, because I have asked many times. However, the science behind human behavior and communication has been understood by psychologists for decades. Transactional Analysis (TA) by Dr. Eric Burne explains that to generate trust and bonding with other people one must behave with humility and vulnerability which is exactly opposite of how the typical salesperson actually behaves in a sales call.

DISC Behavior Assessment developed by psychologist William Marston defines four distinct behavior styles of people. Want to win the favor of your prospect, behave like they do, not like you do.

Neuro-Linguistic Programming created by Richard Bandler and John Grinder is the science of communication. Want to win the favor of your prospects, mirror and match the way they communicate with you.

Sir Isaac Newton gave us the Laws of Motion: An object in motion tends to stay in motion, Every action has an equal and opposite reaction. These laws actually spill over into human behavior. If you are trying to get a prospect to say “Yes,” your best chance of getting this done is to take your prospect to “No.” The action of taking a prospect to “No” will often be met by the prospect with an equal and opposite reaction of moving toward “Yes!” I can’t give anyone scientist the credit for Emotional Motivation but that doesn’t diminish the power behind this scientific truth: People buy for their own reasons and these reasons are driven emotionally. Most sales conversations revolve around intellectual information such as features, benefits, price, terms and conditions and the conversation never leaves the realm of the intellect. Take the conversation to the emotional level and then prospects start buying from you even if your price is high.

I myself am a scientist by education (bachelor’s in engineering) and I love the science of selling. However, for many years I did not know it nor did I pursue it and so I had to work much harder to win sales. Sales professionals should make it part of their personal development to learn and then own the scientific rules as they apply to the world of selling. Know the science of selling and see how easy and fun sales will become.